Understanding Natural Wines: and why I hate them.

The downside to Natural Wines: Are these wines a waste of money?

It may sound horrible to say, but I kind of hate most “natural” wines. I know I know…it’s hard to take anyone seriously when they “hate” something dubbed “natural” but read on! I have good reason.

As a winemaker I have been trained to find, intervene, and head off any flaws in a wine –  while at the same time, encourage winemaking with a “sense of place.” A “sense of place” refers to a wine having distinct qualities that are general to a growing area. For example, Pinot Noir from the Russian River growing area have distinguishing characteristic flavor and aroma generally found in River growing region (AVA). On the contrary, I find that most natural wines I’ve tried represent anything but a sense of place and are chalk full of flaws. There is a remedy for this! You can have your cake and eat it too.. there is an answer, but first, we talk a little shit…

Though most natural wines I have had are pretty crappy, the idea behind natural wine is really honorable and frankly where I would like to see the wine business continue trending towards- less is more!  Natural wine is trying to get back to the roots of what wine once was…less intervention and more mindfulness in production. Besides, who wants Glyphosate (think “ Round-up”) and other unneeded poisons in their wine?!

That being said, something has gone a little wrong when the consensus around “natural wine” is a raised eyebrow and a puckered mouth. Here is a short list of reasons I kind of hate many natural wines:

I am always a little put off by a term that anyone can use to describe a product and it is not regulated. Even though I’m not a huge fan of people telling me what to do, the term “natural” is abused so much we probably need a legal framework in order to protect the consumer.

Much like the term “clean wine”, the term “natural” can be extremely misleading. The TTB (who oversees wine on a Federal level) just nixed being able to put the term “clean” on a bottle of wine (when in reference to it being healthier or better for you than other wines). Though, you can use the word “clean” to describe flavors. But even describing “clean” flavors doesn’t mean the wine is going to be “natural”.

In comparison, there is no regulation on the term “natural wine.” This is contrasted by the fact that what is legally allowed to be put into wine is much too liberal. There are sooo many products that can be put into wine that my head often spins when the slew of emails come through my inbox touting a new trick, a new additive, a new bell or whistle to fix your wine. It’s like a Band-Aid over a broken wine.

When your wine tastes more like Kombucha, then I think something is definitely wrong. There are ways to make wines that are not chalk full of the same yeast and bacteria that are in a SCOBY (the street name for the Jellyfish looking thing that you find in your Kombucha brew). If you’re a winemaker using that amount of yeast and bacteria you may consider changing your title to “Kombucha-maker”. 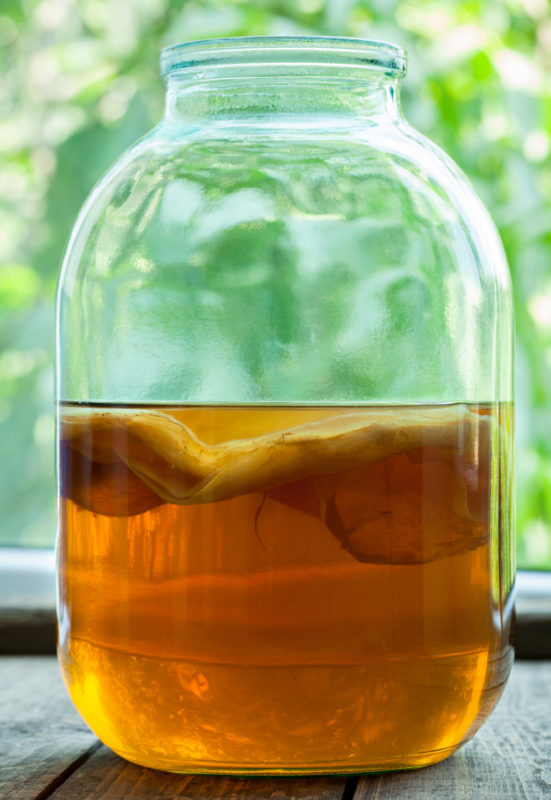 As much as I hate natural wines, I must admit that some natural wines that are actually well made can be…let’s just say interesting. However, this fact is often overshadowed by winemakers who have taken a little too much liberty with the term and made it into an excuse to have flawed and off-putting wines. Unfortunately, I have spent more money on wines that were very hard to drink/like trying to give the segment a chance.  A wine should NOT have to be oxidized in order to be “natural”.

Many natural wines I've had over the years have so many flaws that I could not taste the distinguishing features of where the grapes were grown. It’s similar to grapes that are all picked at high sugar levels and have so much new wood on them – you can’t taste anything other than those two characteristics! How do you sense the natural characteristics of the wine if there are so many chemicals created by spoilage organisms (yeast and bacteria) that you can taste nothing but those chemicals? These flaws take place in the winery, not the vineyard. So, what’s the answer?

I think the answer to the issue is… there are too many wines. Simply put, there are too many winemakers and too many vines planted in too many places that aren’t meant to produce grapes. A grapevine that is planted in a place where it cannot survive without excessive human intervention (excessive irrigation, excessive additives, sprays, etc.) shouldn’t have been planted in the first place. If this were the case, most wines would be more natural.Winemakers wouldn’t need to add this or that chemical/product to make sure the fermentation went off without a hitch. The grapes would have been grown properly in a place conducive for growing those particular grapes. Sadly, wine has been somewhat polarized.

This, to me, is a symptom of deeper issues. In wine production, a glaring issue is over commoditization of wine. The chasing of the quick score and the tendency to force production of a product to appease a certain demographic has led to the extremes on both sides of the spectrum (almost sounds political, right?).  Both ideals are just as strong but opposite one another. Wine, much like most things, might be better off somewhere in the middle. Europe has its issues when it comes to wine, but they do have rules and standards in place to make sure that the wines are more honest and the consumer knows exactly what they are getting. Is it perfect? No, but neither is any wine. Am I perfect as a winemaker, no- but, I am working toward a higher standard.

Now let the hate of natural wine bring us all together. Peace out.